You are here: Home | Economy | How will the future of work affect women?

How will the future of work affect women?

The future of work is one of the biggest industry buzzwords at the moment. With 260 million hits on Google in May 2017, this only confirms its undeniable relevance. It’s crazy to think that twenty years ago the technology that my startup was built upon did not exist; neither did the flexible work structures, environments, work life balance and various roles that have become fundamental to running many businesses.

As technology pushes many entrepreneurs and startups towards a “new era of work”, we also face the impending reality of 2 billion jobs disappearing by 2030. So how will these changes affect women?

The battle for gender parity in the workforce and the lack of female presence in the major industries continues. This issue is a major factor in the future of work, as well as what that future looks like for women.

What is disrupting the realm of work as we know it?

According to Lavinia Iosub, the three top disruptors changing the way we work are as follows:

The negative effect of automation on jobs for women.

How are these changes affecting women?

Women are in danger of losing more jobs than men as we move towards a future of increased automation.

Roles in office and administration are most at risk of disappearing in the near future – all of which tend to have higher proportions of women. While these positions have provided women with a step into the labor market, this is in danger of being reversed with women facing approximately more than five jobs lost for every job gained.

Despite the recent gains we have seen in gender parity in the workforce, and at a tertiary educational level, we are in danger of heading towards an even bigger gender gap. Though, I believe we can turn this around to ensure women are not left behind in the fourth industrial revolution.

As technology moves us swiftly towards a future of increased automation and productivity, two billion jobs will disappear by 2030. With such high losses, it’s understandable why so many people are terrified of the future of work. But in between the panic, it also presents an opportunity.

Millennials are hard wired for entrepreneurship. In a survey by Bentley University, 67% of students said their career goals involved starting their own business while only 13% aimed to climb the traditional corporate ladder to become a CEO.

Women entrepreneurs are also more successful and ambitious, according to a 2016 BNP Paribas Global Entrepreneur Report. 90% of the female entrepreneurs that took part in the survey expected to see an increase in profits within the next year and were reporting higher revenues than their male counterparts.

With an estimated 40% of the US workforce expected to be entrepreneurs by 2020 and one hundred million new business created yearly on a global level, the shift to a more entrepreneurial workforce bodes well for women being forced out of traditional business roles as a result of automation.

Being a digital nomad is more than just sitting on the beach, sipping on Mai Thai’s while responding to emails. For women, it represents a massive opportunity to find balance in their lives and not be left behind career-wise.

For working mothers, it means no longer having to choose between budding career and family life. It’s an opportunity to still be there for your kids while making an income and not feeling pressured into joining the 56% of women who leave their tech jobs mid-career.

Remote work also gives women the freedom to travel and work at the same time and participate in coworking environments. Not only is it a way to beat loneliness, but it’s an invaluable way to network and collaborate with people you would not meet in a standard brick and mortar setting.

With entrepreneurship being an essential ingredient to ensuring women are not left behind in the fourth industrial revolution – it’s a winning recipe.

It’s not all bad news 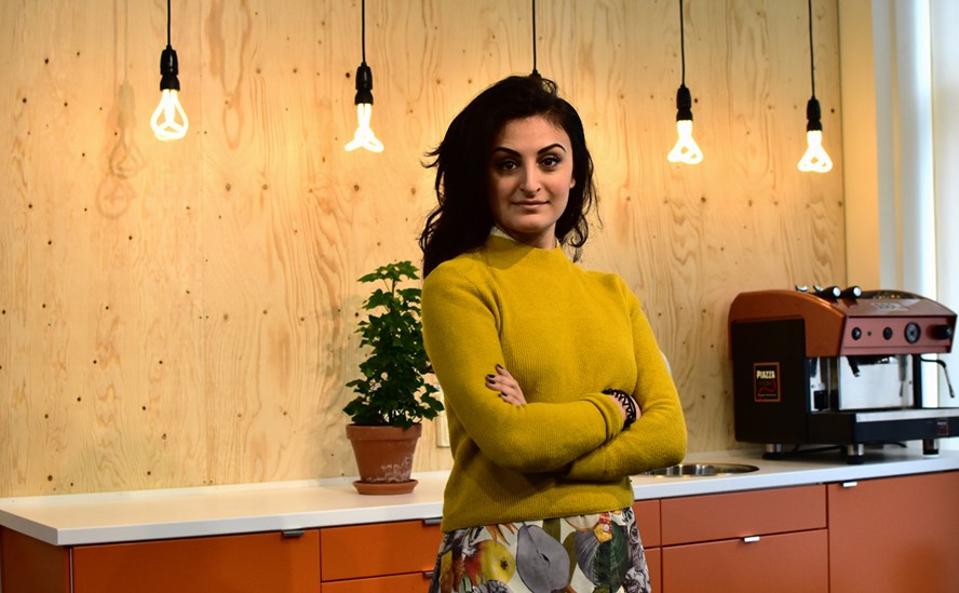 Time to invest in women for the future of work

While it is scary that women will face the brunt of the looming job losses, hope is not all lost.

If we continue the trend of investing in women and the highly positive impact they have on the workforce, especially in STEM fields, we can forge our own paths and use look at the rapid change of technology as a serious opportunity. By Andrea Loubier.