You are here: Home | ASEAN | Timeline: Agreements, challenges in Asean 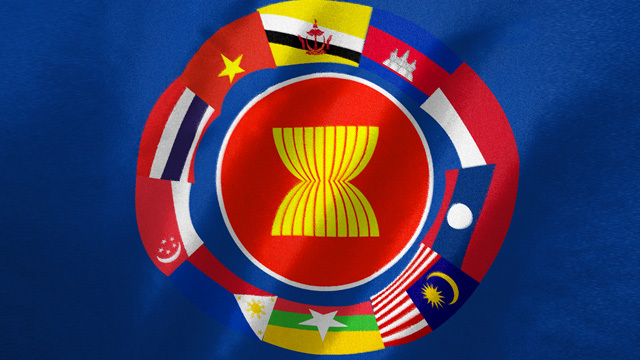 MANILA, Philippines – Fifty years since it was founded, the Association of Southeast Asian Nations (ASEAN) has come a long way.

Beginning with 5 countries in 1967, ASEAN’s membership has doubled, and along with it comes opportunities for cooperation and growth. (LOOK BACK: How ASEAN was formed)

Challenges also emerged that have put the regional bloc’s unity and mettle to the test, with issues ranging from political conflicts to economic integration.

Here are some of ASEAN’s ups and downs over the last 5 decades.

1967 – The ASEAN is formed by Indonesia, Malaysia, Philippines, Singapore, and Thailand.

1987 – The Treaty of Amity and Cooperation is amended during the ASEAN Summit in Manila, to allow countries outside Southeast Asia to accede to it.

1980s to early 1990s – After Vietnam invaded Cambodia in 1978, ASEAN raises the issue before the United Nations, and sponsors UN General Assembly resolutions calling for a “durable and comprehensive political settlement” of the conflict. It also urges Vietnam to withdraw its troops from Cambodia, then known as Kampuchea.

Indonesia serves as an “interlocutor” for ASEAN, hosting informal meetings in Jakarta – starting in 1988 – with warring Cambodian factions. It culminates in 1991, when the Paris Peace Conference on Cambodia paves the way for successful elections in 1993 under the supervision of the UN Transitional Authority in Cambodia or UNTAC.

1992 – Following a spat between China and future member Vietnam over oil exploration in the Spratlys, the regional bloc approves in Manila the ASEAN Declaration on the South China Sea, urging concerned parties to “exercise self-restraint.” However, former Thailand foreign minister Thanat Khoman argues it was “only a moral gesture.”

“It could not obtain from the main parties to the dispute a categorical pledge not to resort to violence,” said Thanat. Nonetheless, he said that it was “better than nothing,” adding, “It is hoped that in this, as in any other case, wisdom and restraint will prevail.”

1994 – The ASEAN Regional Forum (ARF) holds its first meeting in Bangkok, Thailand. The ARF serves as a venue for dialogues on political and security cooperation with other countries in the Asia-Pacific region.

1997 – The regional bloc adopts ASEAN Vision 2020, charting a course to “a concert of Southeast Asian nations, outward looking, living in peace, stability and prosperity, bonded together in partnership in dynamic development and in a community of caring societies”

2002 – ASEAN and China sign a non-binding Declaration of Conduct of Parties in the South China Sea as a compromise, after both parties were not able to come up with a code of conduct following 2 years of negotiations.

2007 – ASEAN adopts the Convention on Counter Terrorism, a framework to combat all forms of terrorism, and to deepen cooperation among law enforcement agencies in the region. It comes into force in 2011.

2007 – At the annual summit in Cebu, Philippines, the establishment of an ASEAN Community as outlined in ASEAN Vision 2020 is fast-tracked to 2015.

2012 – ASEAN fails to release a joint communique on South China Sea following the ASEAN Summit in Cambodia, after the host country’s foreign minister objects to the inclusion of some bilateral issues in the document. This is the first time the bloc has not come up with the said joint statement. (READ: No Asean consensus after summit)

A few months later, it is Cambodia that officially releases ASEAN’s Six-Point Principles on the South China Sea. All 10 foreign ministers are on board the said agreement.

2013 – ASEAN and China start formal consultations regarding a code of conduct in the South China Sea.

2017 – ASEAN and China finish drafting the framework of a legally-binding Code of Conduct in the South China Sea. It is expected to be endorsed at the ASEAN Summit in Manila in August. – Michael Bueza, Rappler.com

Sources: asean.org; ASEAN at 30; ASEAN, China, and the Code of Conduct in the South China Sea by Carlyle Thayer; Indonesia, ASEAN, and the Third Indochina War; ASEAN Diplomacy in Conflict Resolution: The Cambodian Case by Shankari Sundararaman; various news reports