You are here: Home | ASEAN | Minimum wage in ASEAN countries

The Philippines, Thailand, and Malaysia have the highest minimum wage rates in the region 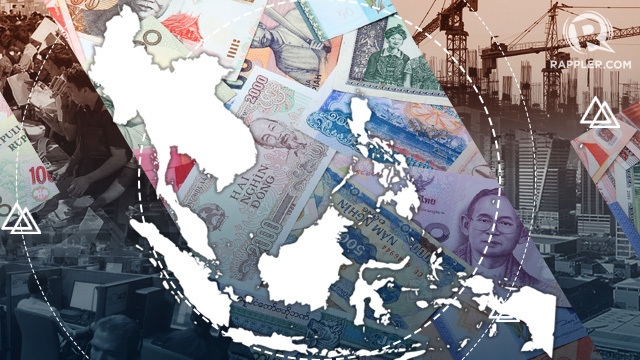 MINIMUM WAGE. The Philippines, Thailand, and Malaysia have the highest minimum wage rates in the Southeast Asia region.

MANILA, Philippines – Member-countries of the Association of Southeast Asian Nations (ASEAN) are at the center of the world’s attention today when it comes to economic development.

The region is home to countries with the fastest growing economies. It has also been an investment hub for manufacturing companies because of the low cost of labor compared to other areas in the world.

Here’s a look at the minimum wage levels in each ASEAN country: 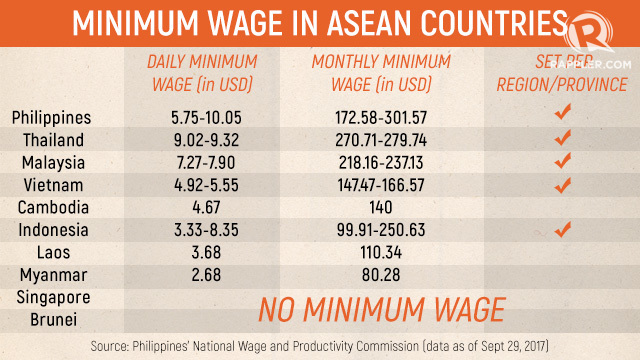 The Philippines provides the highest minimum wage in the region at $10.05 or about P514.4* per day, according to the latest figures posted by the National Wage and Productivity Commission.

However, minimum wage varies in every region since the Philippines set the amount through its Regional Wage Boards. The lowest minimum wage figure is only $5.75 or P294.5.

Majority of the ASEAN countries also set their wage rate per area – either regional or provincial – but the wage disparity is narrower.

Cambodia, Laos, and Myanmar – among the less developed ASEAN countries based on their gross domestic product (GDP) per capita – have all set a national minimum wage.

Meanwhile, the richest countries in the region – Singapore and Brunei – do not have a standard pay rate. Each worker would need to bargain with their employer to set his/her salary.

Data also show that countries with well-performing economies like Thailand and Malaysia grant the highest minimum wage rates in ASEAN. Myanmar, which has the lowest GDP per capita compared to its neighbors, also pays the lowest amount to its workers. 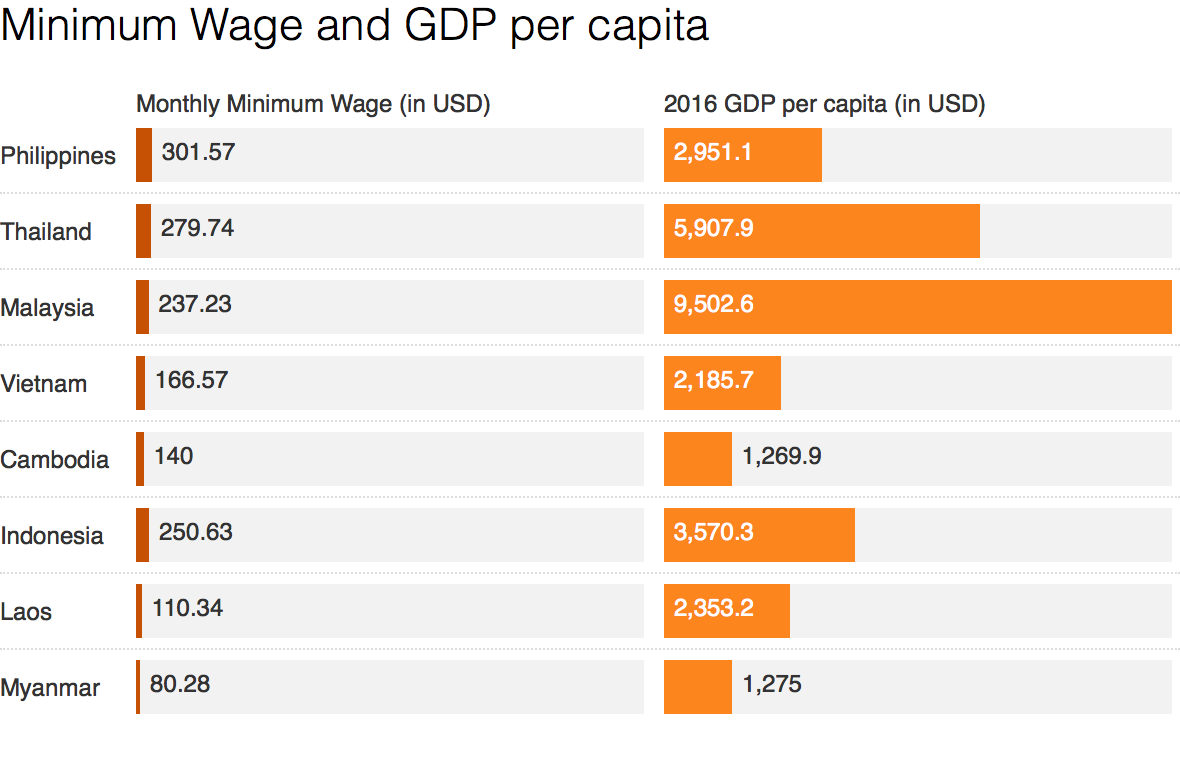 When it comes to gender-based wage equality, most of the ASEAN countries are performing well.

Almost all of the countries with available data on wage parity belonged to the top fourth of the list that ranked 144 countries. 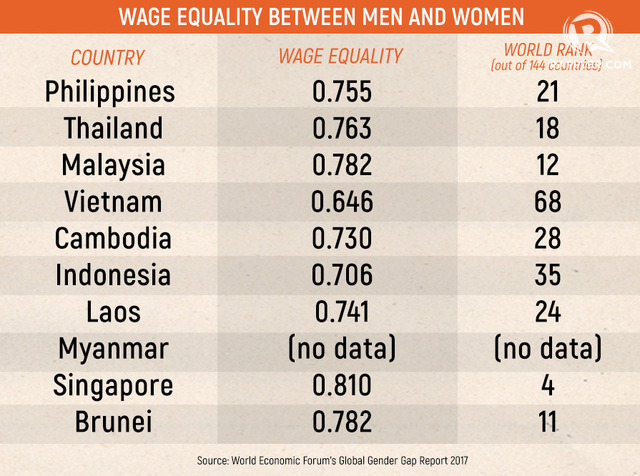 The data, based on the World Economic Forum’s Global Gender Gap 2017 report, shows Singapore well on its way to closing the pay gap between men and women.